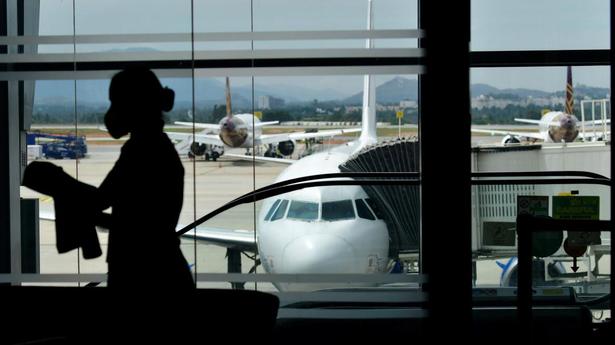 Taking note of multiple cases of a new COVID-19 variant 8.1.1529 in South Africa, Botswana and Hong Kong, Karnataka has mandated rigorous screening and testing of international arrivals from these three countries.

South Africa has reported six cases of the new variant and Botswana three while Hong Kong has one case. This variant has a significantly high number of mutations, which is a matter of concern.

In a circular issued in Bengaluru on November 26, T.K. Anil Kumar, Principal Secretary (Health and Family Welfare), has reiterated the importance of meticulous implementation and rigorous monitoring of the three-pronged surveillance strategy. This strategy includes screening and testing international travellers and their contacts, routine sentinel surveillance and surge surveillance, and timely sending of RT-PCR positive samples to designated INSACOG Genome Sequencing Laboratories (lGSLs).

“Botswana, South Africa and Hong Kong are already in the list of at-risk countries for international travellers coming to India. It is, therefore, imperative that all international travellers coming from and transiting through Botswana, South Africa and Hong Kong, and also including all other at-risk countries identified by the Centre, are subjected to rigorous screening and testing as per guidelines,” the circular stated.

All district administrations have been strictly instructed to adhere to the overarching ‘Test-Track Treat-Vaccinate’ principle to ensure stringent implementation of containment measures, and to prevent the spread of Variants of Concern (VoC) or Variants of lnterest (Vol), according to the circular.