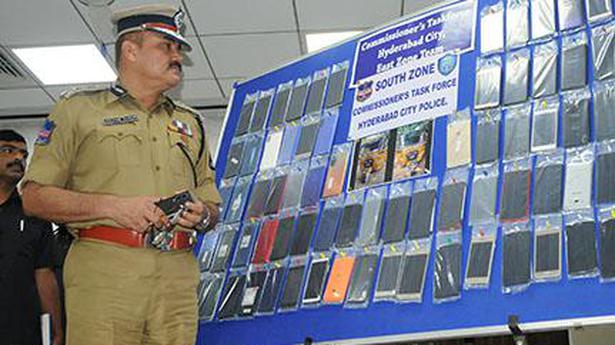 The accused, who were previously involved in several cases, were apprehended by the East and South zone teams of the Commissioner’s Task Force.

“With this arrest, 19 cases in Hyderabad and Cyberabad Commissionerates were detected and seizure is worth ₹12 lakh,” he said.

Further explaining the modus operandi of the gangs, the officer said that they only target sole passengers in their auto rickshaws and snatch the devices by threatening them.

“Many of them became friends in prisons and formed gangs after their release,” Mr. Anjani Kumar added.