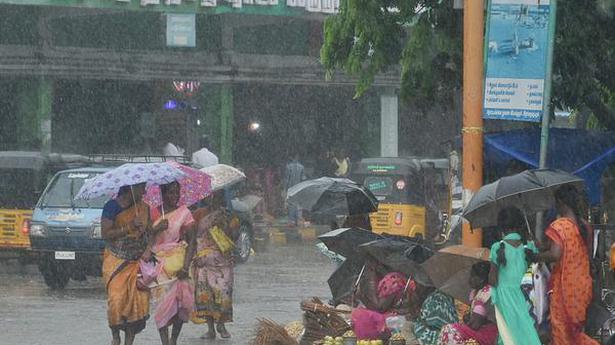 Widespread rain across Ramanathapuram district since Wednesday evening resulted in the district administration declaring a holiday for schools on Thursday.

Since morning, the district had been witnessing sharp showers in many locations, revenue officials said, and added that low-lying areas in Paramakudi, R S Mangalam and others were being constantly monitored.

The Collector said that following the northeast monsoon rains, the district administration had opened a special control room and helpline number for the public to reach out for any assistance. The officials said members of the public can contact the toll-free number at 1077. Apart from this, the revenue and disaster management wings too can be reached at 04567 230060 and Whatsapp 7708711334.

Disaster management officials said that they have trained first responders and shared the mobile numbers at block levels and taluk levels. From the past rains, they had identified 42 low-lying areas and ensured that there were no untoward incidents so far.

PWD engineers also monitored the tanks and said that there was no cause for alarm as yet, as most of the tanks were yet to reach the maximum level. Fisheries Department officials said that the fishermen in the coastal pocket have been adequately instructed not to venture into the sea. For the last four-five days, they have not issued tokens, they added.

Following the rains, the arrival of tourists had dropped substantially at Rameswaram, a tourism officer said. Though the public has not been prohibited from visiting spots like Arichalmunai and Dhanushkodi, the places were not crowded.

In Tirunelveli and Thoothukudi, the district collectors had declared a holiday for schools following rain, a press release said.